Some players attract injuries due to the way they play or through misfortune - here's a RugbyPass Injury Prone XV including the now-retired Sam Warburton. 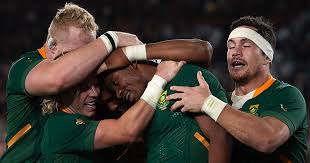 A 2.5% increase in revenue in 2019 to R1.29bn was enough for SA Rugby to record an R8.5m post-tax profit following the Springboks World Cup win. 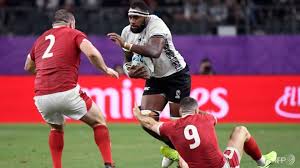 PARIS: Semi Kunatani, a standout performer for the Fiji team that won rugby sevens gold at the 2016 Rio Olympics, has signed a two-year deal with Castres, the. ... outbreak with Toulouse, Toulon, Montpellier and Clermont following suit. 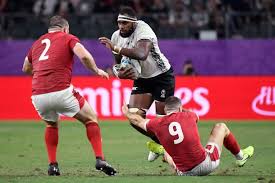 The Top 14 is contested by fourteen professional rugby union clubs throughout France. The domestic season runs from August through to June. Every club contests 26 games during the regular season – over 26 rounds of competition. For many years, the season was split into two halves for scheduling purposes, with both halves scheduled in the same order, with the team at home in the first half of the season on the road in the second. However, this strict order has since been abandoned, although the season is still loosely divided into halves. Throughout the August–June competition there are breaks during the season, as there are also European club fixtures (from 2014–15, Champions Cup and Challenge Cup) that are played during the rugby season, as well as the Six Nations Championship, in which many top French players are involved, as well as a few players from the other European powers. The schedule may be adjusted somewhat in World Cup years; this was especially true in the 2007–08 season, which ran up against the 2007 Rugby World Cup in France. That season, the Top 14 played on all of the Six Nations weekends and on some of the Heineken Cup weekends.

The Top 14 is organized by the Ligue Nationale de Rugby (LNR), which runs the professional rugby leagues within France (Top 14 and Rugby Pro D2). There is a promotion and relegation system between the Top 14 and Pro D2. Starting with the 2017-18 season, only the lowest-placed club in the table after the regular season is automatically relegated to Pro D2. The playoff champion of Pro D2 is automatically promoted, while the next-to-last Top 14 club and the playoff runner-up of Pro D2 play each other to determine which club will be in Top 14, and which will be in Pro D2 the following season. Starting with the 2009–10 season, the Top 14 knock-out stages consist of three rounds. The teams finishing third through to sixth in the table play quarter-finals, hosted by the No. 3 and No. 4 teams. The winners then face the top two seeds in the semi-finals, whose winners then meet in the final at the Stade de France (although the 2016 final was instead held at the Camp Nou in Barcelona, Spain due to a scheduling conflict with France's hosting of UEFA Euro 2016). In previous seasons, only the top four teams qualified for semi-finals. Unlike many other major rugby competitions (such as the Aviva Premiership, Mitre 10 Cup, Currie Cup, and from 2009–10 the Celtic League/Pro12), the Top 14 has traditionally held its semi-finals at neutral sites.

Regardless of the playoff format, the top six teams had qualified for the following season's Heineken Cup in the final years of that competition, and since 2013–14 a minimum of six teams qualify for the European Rugby Champions Cup. Before the 2009–10 season, the seventh-place team also qualified if a French club advanced farther in that season's Heineken Cup than any team from England or Italy. While the European qualification system was changed for 2009–10, the normal contingent of six Top 14 teams in the Heineken Cup did not change. The default number of French teams in the Champions Cup has remained at six, but the method for a seventh French team to qualify has changed from performance in the previous European season to a post-season playoff. For the inaugural Champions Cup in 2014–15, this playoff involved the seventh-place teams from both England and the Top 14; in future years, the same two sides will be joined by one Pro12 side.
v Previously in the first phase of the then-Top 16, the teams were divided into two pools of eight. This was followed by a second phase, in which the eight highest-ranked teams played for semi-final spots and the bottom eight teams battled against relegation. In 2004–05, the top division consisted of a single pool of 16 teams, with the top four teams advancing to a knockout playoff at the end of the season to determine the champion. From 2005–06 through 2008–09, the top division was run with a single pool of 14 teams, again with a season-ending four-team playoff. The single pool was retained for 2009–10, but the playoffs were expanded to six teams.

The LNR uses a slightly different bonus points system from that used in most other major domestic competitions. Instead of a bonus point being awarded for scoring 4 tries in a match, regardless of the match result, a bonus point is awarded to a winning team that scores 3 tries more than its opponent. This system makes two scenarios that can be seen in the standard system impossible:

No videos to display